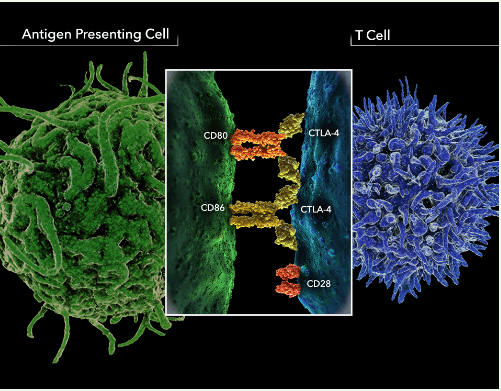 The most important costimulatory molecules identified so far are B7-1 and B7-2, and their corresponding T cell surface receptor is CD28. The binding of B7-1/B7-2 to CD28 transmits the stimulatory second signal, which works synergistically with the first signal to stimulate the activation of T cells. Recent studies have shown that CTLA4 and CD28 competitively bind to the B7 protein family, and the affinity of CTLA4 for B7 protein is more than 20 times higher than the affinity of CD28 for B7 protein. The binding between CTLA4 and B7 protein transmits an inhibitory signal in the early stage of the immune response, thus leading to the inhibition of T cell activation. The immune checkpoint CTLA4 is equivalent to a brake mechanism generated by evolution. CTLA4 plays an important role in maintaining the immune homeostasis and preventing the occurrence of excessive immune responses. By activating the CTLA4 signaling pathway, tumor cells can avoid the anti-tumor effects exerted by the immune system. The function of immune checkpoint inhibitors is to release the "brake" pressed by the tumor cells, thus allowing the immune cells to kill tumor cells. In clinical trials, anti–CTLA-4 monoclonal antibody therapy has been associated with a 10%–21% response rate in patients with advanced metastatic melanoma. 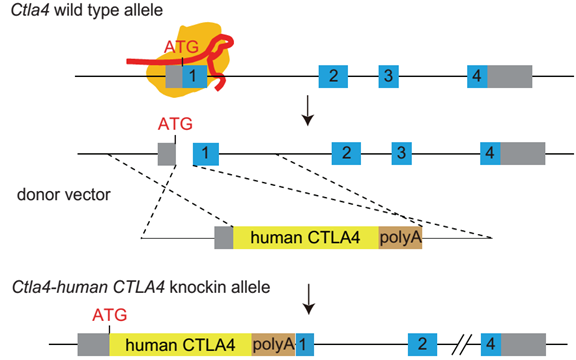 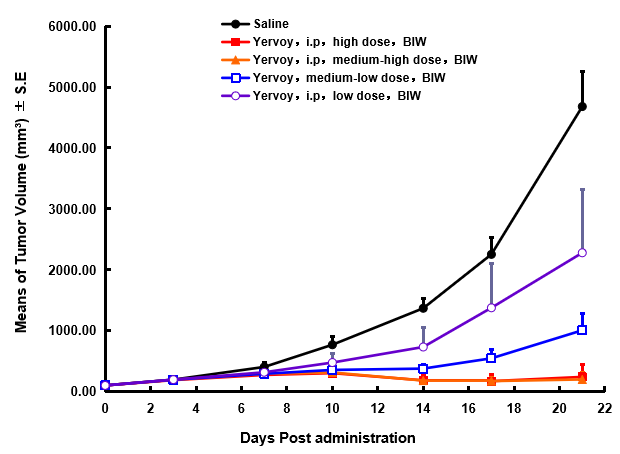 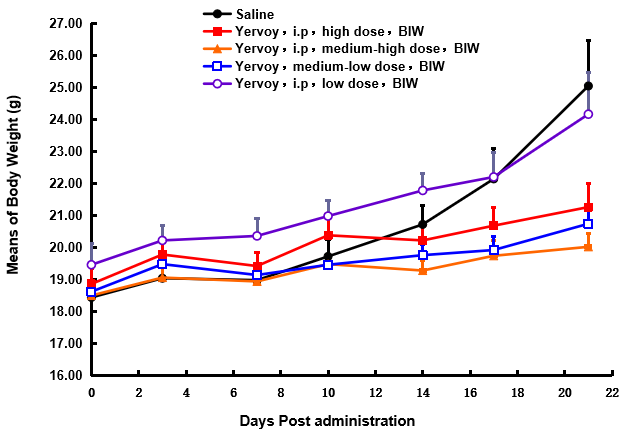 Figure 4. In vivo anti-tumor effect of Ipilimumab, a humanized anti-CTLA4 antibody, in a humanized mouse model of CTLA4